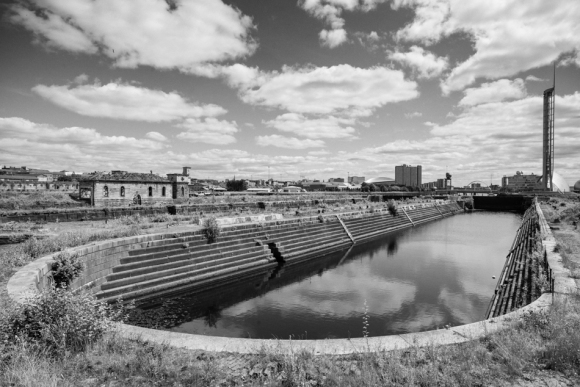 // Fablevision in cooperation with the School of Media, Culture and Society at the University of the West of Scotland // Artists’ Solidarity, An Interdisciplinary Panel. Full Info Here

// Andrew Houston // Mainstream/Mystream: A discussion on online performance and its public potential

// Spencer Charles Smith // Colour inside the lines: Prejudice and exclusivity in an ‘inclusive’ LGBTQ+ community

// Harry Wilson // How to Live Together: The Rhythmic Relations of Performance 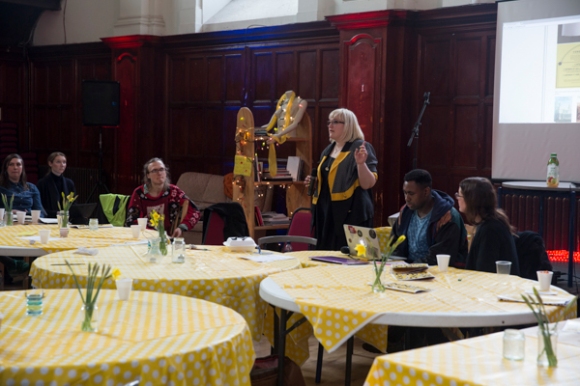 // Church of Performance // Bible Drinking, or “Building Bridges with Buckfast” 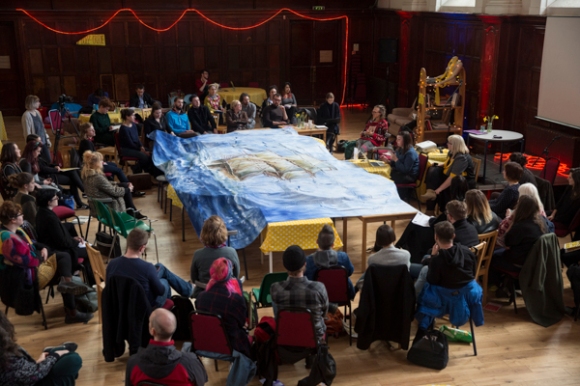 // Rhiannon Armstrong // Long table: How to guard against sneaky little fuckers, and becoming one

SUNDAY 9TH APRIL: ON ARTISTS OF COLOUR AND CARE

Fablevision in cooperation with the School of Media, Culture and Society at the University of the West of Scotland leads an interdisciplinary panel Artists’ Solidarity aimed to address challenges around grass roots art-centred activism, competing frameworks and raising individualism. As BUZZCUT Festival is focused on art engagement, the aim is to debate artists’ role in physical, social and cultural infrastructure developments at the Govan Graving Docks. Let’s talk about legacy of the past, present opportunities and real impact on the future. Let’s discourse about solidarity and community bringing in live experience from Govan (Glasgow), Gdansk (Poland) and beyond. Let’s focus on realised and planned interventions around Graving Docks. Let’s think about the state of play and its possible futures regarding the Graving Docks. Let’s explore concepts around heritage reconstructions. Let’s listen, think, talk and share. Let’s make an impact. Full Info Here.

Giulia Colletti (Italy, 1993) works as a curator. Her research explores the relationship between art and politics, in particular the conflict between institutionalized discourses and counter narratives. There There (UK, 2008) is a Romanian/Serbian performance duo exploring topics at the intersection of personal experiences and big-picture politics, including immigration and national identities.

Andrew Houston is a Glasgow Based Performance artist and researcher who works mostly in live art and digital film. His current research explores the use of digital platforms and ‘virtuality’ as extensions of self, and their effect on identity performance. His credits include Solo performances as part of CultureShots 2015, the Venice international experimental cinema and performance festival, Arches live, and as part of Summerhall’s Edinburgh fringe programme. He has exhibited and performed in Paris, Hong Kong, Italy, London and Glasgow. Most recent projects include I FEEL __ for Cultureshots 2015, MAKE ME ALIVE for both the Venice international experimental cinema and performance festival and the Glasgow Short Film Festival, and PEOPLE PERSON for Niteflites at the CCA. Alongside his solo practice he also continues to work with arts collective Opera Autonoma.

Richard Allen is Senior Lecturer in Fine Art (Performance) at the University of Worcester School of Art. He has a PhD in the Performance of Objects from Aberystwyth University and recently edited an edition of Performance Research On Anthropomorphism with Shaun May (Kent). He has published in Dramatica and Performance Research and his performance practice has been shown at the National Review of Live Art (Glasgow), Mayfest (Bristol), and Chapter Arts Centre (Cardiff).

Kate France Lingard is a second-year Sculpture and Environmental Arts student at GSA. Movement and audience engagement is key to her initially researched based practice, and since moving to Glasgow she has been inspired and involved in the city itself as a place of forwarding social change through artistic means.

Malik Nashad Sharpe is an experimental choreographer originally from New York City,  now based in London. His work exists and operates at the nexus of Blackness and Queerness, and colludes desire, violence, melancholia, joyousness and the advent of allostatic load in order to find ulterior futurities and to manifest other possibilities for his body. He currently makes work under the alias Marikiscrycrycry–three cries like three cheers for the melancholic, conflictual, gay af black boy.  Malik is currently an Associate Artist at Hackney Showroom, and Fierce FWD.

Spencer Charles Smith is a queer artist, activist and scholar. Having studied at the University of Toronto, his research is rooted in gender and queer performance theory. Spencer will begin his PhD this year at the University of Sussex, tracking the evolution of camp performance in gay clubs across the UK (from 1988 to Present Day). He is also a proud co-owner of Glad Day Bookshop – the world’s longest surviving LGBT bookstore.

Natalie Raven is an Artist and a Radical Feminist, interested in finding ways not only to challenge, but to practically dismantle the hierarchical structures and systems that suppress and oppress women, in a patriarchal social order.

Harry Wilson is a performance maker and researcher based in Glasgow. He has performed at the Arches, BAC, Forest Fringe, Buzzcut, Live Art Bistro and Defibrillator Gallery. Harry is in the 3rd year of an AHRC funded PhD at the University of Glasgow where he is exploring the usefulness of Roland Barthes’s work in the practising and theorising of affect in performance.

Care Cafe is a place – a real or virtual, public or domestic place for people to gather – their wits, thoughts and comrades in action. Since the results of Brexit and the US election, a lot of us are trying to figure out how to breathe through this present moment and look for ways to keep connected to each other while we figure out what to do about our future.
Care Cafe is a way to address some of these things. The Care Cafe was conceived by Lois Weaver as a place for us to be in company with others, to express care for each other, to find ways to care about others on the other side of this great divide, to talk about the issues and to find ways to act. Lois Weaver is an artist whose work over the last few years has been about finding creative ways of using the familiar to get people to talk with and about the unfamiliar. In response to this painful moment, she is proposing the Care Cafe as a new call to conversation.

Church of Performance is an artist led project based in Plymouth, exploring the rites and rituals of performance. It draws on Christian iconography, and avails the conflict between religious tradition and the female body. The artists Natalie Raven and Dagmar Schwitzgebel engage in direct-action live performance.

Aaron Wright is Artistic Director of Fierce (Birmingham). He was formerly Programmes Manager at the Live Art Development Agency and has guest curated for the National Theatre, The Arches and Cambridge Junction. He co-produces club night Knickerbocker, is a member of Steakhouse Live and previously worked with artist Lauren Barri Holstein. He is a trustee of BCMG.

Jessica Worden is an artist and writer who works with poetics, performance and the corporeal. She explores overlaps in pleasure and trauma narratives from a queer feminist perspective and considers how these impact perceptions of precarity, femininity and mental health.

Rhiannon Armstrong is an artist making work under the lifelong series title Instructions for Empathetic Living. She is presenting her new work in development Public Selfcare System at Buzzcut 2017. Rhiannon works regularly with others, is associate artist with Coney, and on the Artists’ Sounding Board at Battersea Arts Centre.

Sunday
Toni Lewis, Demi Nandhra and Selina Thompson are artists/producers/curators/writers/audiences/women/editors/friends of colour that live in Birmingham. Between them they’ve worked with Fierce, Spill, IBT, The Jerwood Charitable Foundation and a load of other places. They balance making work with a shared passion for decolonisation, neurodiversity and feminism. When they work together, it is usually in a Nando’s.